All foes inflict 38% decreased damage for 4 turns.
Maeve's Heart is a Legendary,

"It’s adorable how other dragons love battling my friend. They put up just enough fight to earn his attention...and perhaps his approval."
― Maeve

Beyond its ponderous size and strength, the eyes of Maeve’s Buffalord are its greatest advantage on the battlefield. Just as its open-hearted gaze charmed Maeve into sparing its life as a hatchling many years ago, the adult Buffalord often only has to look at his opponents to carry the day. There is no malice behind those bottomless eyes - just a supreme confidence in the Buffalord’s own strength and a calm appreciation of those contending against him. Both Dragons and Vikings are so overwhelmed by the intensity of the Buffalord’s unwavering attention that they forget to fight very hard; instead, they marvel at their good fortune of seeing this magnificent creature up close, and accept their inevitable defeat with grace. Maeve often suspects her Buffalord is drawing battles out longer than are strictly necessary just so his opponents feel good about their efforts and would want to return for another round… mainly because so many foolhardy Dragons and Vikings actually do! 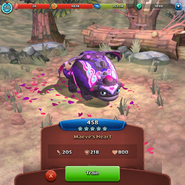 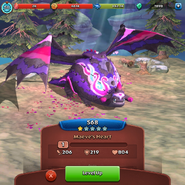 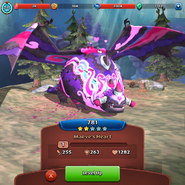