The Loyal Order of Ingermans had a special place in their lore for Nattvig. This Dragon single handedly decimated the Order through a series of brutal night-time raids. They would arrive in Dramillion territory and set up their hunting camps, set up watchmen, and when time came to head off to sleep, they did so comforted in the knowledge that if something untoward should happen, the watchmen would blow his horn and wake them all to action. But when Nattvig was around, things did not go as expected. One watchman who survived an encounter with Nattvig, reported watching carefully throughout the night, seeing nothing but out of the ordinary, and hearing nothing but crickets. When his shift was supposed to be over, there was nobody there to relieve him. He couldn't leave his post without endangering the camp, so he fought off waves of sleep until dawn. When the sun rose, he surveyed the camp, only to discover that he was alone. Nattvig had gutted the camp in front of him with such stealth and secrecy, he saw nothing. No sign of his companions remained. Not a single one of them was ever seen again.

Egg or through the Basic/Premium Dragon Draft. 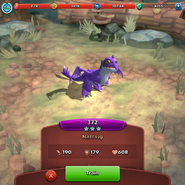 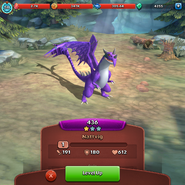 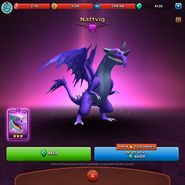