"Finally, a Nadder that speaks my language."
― Ruffnut

Unlike most Nadders, Pincher is an astonishingly friendly dragon — perhaps a little too friendly! So dubbed for his painful habit of nipping at those who pet him, Pincher often forgets that not everyone has a hide as tough as his own. But what this Nadder lacks in finesse, he more than makes up for with affection.

His heart's in the right place, but not always his beak. Pincher loves to flock with his big sister, Stormfly, who tolerates having her juvenile sibling around — until he takes play-time too far and bites at her! 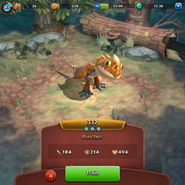 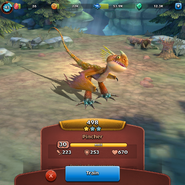