All allies take 32% decreased damage for 4 turns.
Sappheral is an Epic,

Back in the time of Bork the Bold, the Legendary hero Thordis Skallagrimsdottir famously tamed Sappheral and became one of history’s first Dragon Riders.

Framed for her lover’s death by a jealous rival, Thordis was banished to the Isle of Doom; a punishment that was meant to be a death sentence as it was known that Deathgrippers lived there.

After three desperate weeks of hiding from these dangerous predators, Thordis discovered the injured Sappheral, whose wing had been crippled in a battle with another Dragon. His wounds were festering and he was close to death, but Thordis nursed him back to health with her knowledge of healing herbs. They were then linked in bonds of friendship and became inseparable. Sappheral protected Thordis against the dangers of the Isle of Doom, and they flew back to Thordis' home town to wreak revenge on the man who was responsible for her lover’s death.

It is said her revenge was so ghastly, that generations later parents still terrify their children with tales of the 'Black Widow and her Sappheral' who will come for anyone who allows jealousy to interfere with true love. 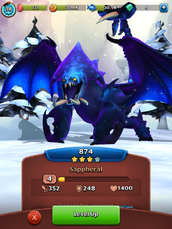 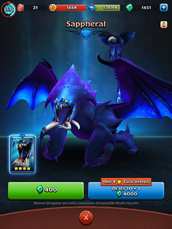