When Waveshaker roars under the surface of the sea, he creates vast, depth-charge-like waves to scuttle enemy ships. These unsuspecting sailors often won’t even know it was a dragon that did them in, blaming their sinking feeling on a sea-floor earthquake instead!

Energetic, powerful, and excitable, Waveshaker is as unpredictable as the sea herself. Bucket is downright afraid of him, despite no incidents having occurred between them (Mulch thinks he’s just overprotective of his fishing boat). 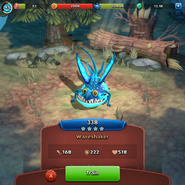 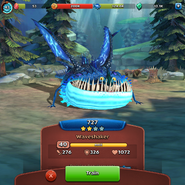